An Interview with Georgia, Gerhard and Karina Kroll
Arranged & Edited by Nick Cibrario 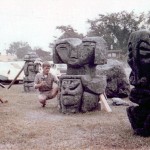 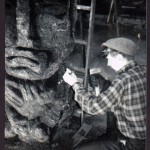 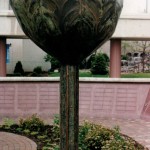 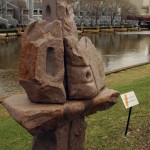 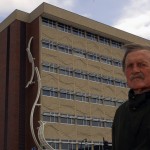 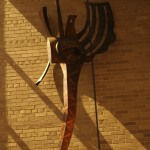 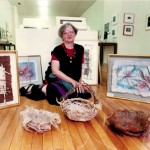 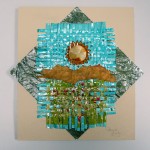 The Kenosha Art Association invites the public to attend the Annual Spring Art Event on Saturday, March 28 at the Kenosha Public Museum. Kenosha Art Association members and area artists of all ages are invited to register their art work from noon-1 p.m. A reception will be hosted from 12:30-1:30 p.m., and a presentation, “An Artful Life,” is offered from 1:45-2:45 p.m. Awards and prizes will be announced from 2:45-3:15 p.m. The museum is located at 5500 First Avenue in Kenosha, Wis. For further information, call 262-654-0065.

About the Kroll Family

Georgia and Gerhard Kroll have been married for 57 years. They were star-crossed lovers separated by the Atlantic Ocean for several years before meeting at the Layton School of Art in Milwaukee in 1956.

“Gerhard and I were students in Mr. Muhs’ classroom,” Georgia said. “One afternoon, we stayed to help him clean up after the class. Afterward, Gerhard walked me home.a This was the beginning of our romantic relationship.

“As we strolled along, Gerhard told me he was born in the village of Balga, located on a fresh water lake connected to the Baltic Sea in East Prussia, Germany in 1930. He had two sisters and three brothers. At age nine, he became interested in art when a Jewish artist, Carl Maltz, moved into the house next to his family’s home. He spent many hours with his mentor studying and learning about art.”

“During my childhood,” Gerhard said, “I frequently went swimming at a nearby lake, Frisches Haff, near the ruins of what we called the ‘Schloss,’ a castle built in 1239. I enjoyed diving under water and became friends with the fish. I also found inspirational artifacts, which I took to the curator of the castle, who put them on display under glass. I learned a lot by going out as a weather look-out boy with the fisherman in their boats on the lake.

“I had a creative spirit to express myself, but my father, Paul Kroll, discouraged me, because he didn’t believe art was a good way to earn a living. However, I learned a lot from him. My father was an adventurer and story teller. He lived in Africa for 20 years, working as a train leader, before marrying my mother,” Gerhard said. “My father also ran a bakery in China after becoming a soldier there during the Boxer Rebellion in 1900 and was an accountant for the railroad during World War II.”

“Gerhard told me that about a year and a half after immigrating to America from Germany with his brothers,” Georgia said, “he was drafted into the United States Army in 1953 during the Korean War. Since he knew the German language, officers wanted to send him back to Germany as a spy. He refused, since he vividly remembered his home town in East Prussia being bombed by the Russians during World War II. He, his mother and sister were forced to evacuate with thousands of refugees during the peak of winter.

“While taking art classes in Milwaukee with Gerhard, he also asked me about my family. I told him I was born in Freeport, Ill. in 1937. When I was 10, I moved with my parents and brother, Ron, to Oregon, Ill. near the Rock River,” Georgia continued. “I attended grade school and high school there. I remember drawing and painting in the fifth grade even though we didn’t have art teachers. At that time, I also painted a mural for the elementary school and won two painting awards. In high school, art was not in the curriculum, but I studied it on independent study in the male mechanical drawing class.

“My earliest art teacher and mentor was Harry Nurmet, a refugee from Estonia. Our church brought him and his family to Oregon in the early 1950’s. He gave painting classes and took groups on sketching tours of local houses and landmarks. Harry encouraged me to take classes at Burpee Museum in Rockford. I worked with him at Watts Publishing in the Art Department the summer after entering Layton School of Arts,” Georgia said.

“I really enjoyed living in Oregon because several Chicago artists formed an Art Colony there in the 1900s. Among the artists was a nationally known sculptor, Lorado Taft, famous for his statues, fountains and memorial tablets,” she said. “Taft’s huge Black Hawk statue is among several others located in the Lowden Park north of the town.

“When Gerhard and I were engaged to be married, he invited me to go with him to Germany for his father’s 81st birthday in October. I stayed home for a month to take care of my parents, who had health issues, before flying to Germany in November to join him. We were married in the fall of 1958. Since we were American citizens, we were required by law to be married in a civil ceremony, which involved a lot of paper work. The next day we were married again at a religious ceremony in a nearby Lutheran church.

“Gerhard and I traveled extensively throughout Germany on our honeymoon, visiting historical sights and museums. We eventually returned to the U.S. on a 10-day cruise ship before settling into an apartment in Milwaukee, Wis. Gerhard returned to Layton School of Arts, where he majored in sculpture and graduated in 1961.

“Some time later, we bought a machine shop on the top of a hill, which Gerhard thought would be a beautiful spot for a studio. He later renovated the small building with the help of his brothers, and it became our family’s home. All four of our children enjoyed living in our studio house,” Georgia remembered. “Our oldest son, Kevin, was born in 1960. He is now the senior chemist and lab manager at the University of Florida Center for Environment and Human Technology. Our second son, Craig, born in 1964, and has an associates degree of applied science in electronics and works as an electronics test technician in Illinois. Our third son, Jason, born in 1966, majored in zoology and works as a microbiologist at Chris Hansen labs in Milwaukee. Our daughter, Karina, born in 1969, obtained a bachelor of fine arts degree, majoring in drawing and painting. She later received a master’s degree in curriculum design with an art emphasis and has taught art in the Milwaukee Public School system for eighteen years. Although I stayed home to raise the children, I eventually gave papermaking workshops and taught calligraphy classes at Wustum Museum in Racine, Wis.

“Gerhard was curator of the Racine County Historical Museum for 20 years. He was also commissioned to do numerous large sculptures and decorative building projects throughout Wisconsin and in other states. He taught sculpture at Wustum Museum for 10 years and evening classes at the Kenosha Art Association for 25 years. Gerhard exhibited his sculptures at Anderson Art Center, Elaine Erickson Gallery, Aftsten Gallery and Wustum Museum.

“In her Lesley University master’s degree admission paper, Karina Kroll wrote about the impact growing up in an ‘artful’ family made on her career and her life:

“While studying art at the University of Wisconsin-Milwaukee, I became the director of its Union Art Gallery and managed an exhibition gallery for several years. After graduating, I knew I wanted to give children the same sense of wonder and excitement I grew up with, so I continued my education and achieved certification in art education.

“I was born into a family of artists and storytellers. My parents surrounded us with objects that sparked wonder and fantasy, not only in their own paintings, drawings and sculptures, but in their fantastic collection of artifacts from around the world. Not only was I surrounded with the arts in a physical sense, I was lucky enough to live with a master storyteller-my father, who turned storytelling into his own form of art. He held us spellbound as he painted verbal pictures of his own and other family members’ experiences before, during and after the world wars, filling our minds with a strong sense of history and our place in it. He also has an incredible sense of humor fueled by his unorthodox ways of looking at the world. He taught me how to see life from a new and different angle.

“My mother also fostered maximum creativity in every endeavor. She possessed an endless source of patience and tolerance, allowing us full freedom of expression – whether it meant a tea party in the snow with her best china or teaching me and my friends how to make paper. She kept us busy for hours, trying on clothes, making our own costumes and acting out imaginary worlds to our hearts’ content,” Karina wrote.

“As an art teacher in Milwaukee, I believe art can motivate children to extract every bit of knowledge they can from the total learning experience to enhance their lives. It is important that children view learning as an exciting part of life that helps them express themselves in all sorts of interesting ways. I know it’s critically important to children’s overall development to form skills that enable them to leave a unique mark on the world.”

Karina explained how art and her family’s colorful history continue to weave threads through the lives of her own children.

“In 2000,” she said, “I traveled with my cousins and uncles to Germany and to Balga in what is now Russia. We visited the ruins of the castle my father talked about so often. Some years later, my son, Clayton Allen, brought home a family project, which involved creating a model of a castle, from his art class at school. My husband, Dean, found the original plans of the Balga castle on the internet, and we all worked together on Clayton’s project. We also worked together with our daughter, Avaleen, on her school assignment – a family project about the Potawatomi Indians, their lives, how they dressed and their housing. Her diorama was selected for display in the exhibition case at her school,” Karina said.